For a few years now I have been using WD RED NAS hard drives in my DIY NAS NVR. But these are running 24/7 and its only a matter of time before I need to start replacing them one by one.

So I have been researching the various NAS hard drives from WD, Seagate and other top brands. I looked at WD RED vs. Seagate IronWolf drives recently. That’s when I came across the Ironwolf Pro range. 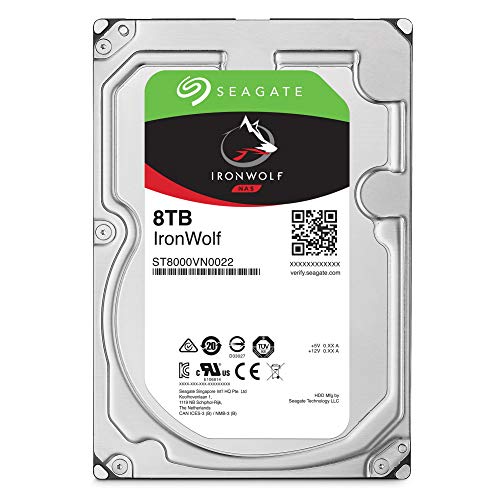 The biggest difference between the two is this: IronWolf is aimed at Home, SOHO and small business NAS drives with up to 8 drive bays. IronWolf Pro, on the other hand is for businesses and digital artists who need extremely high performance from their NAS servers. 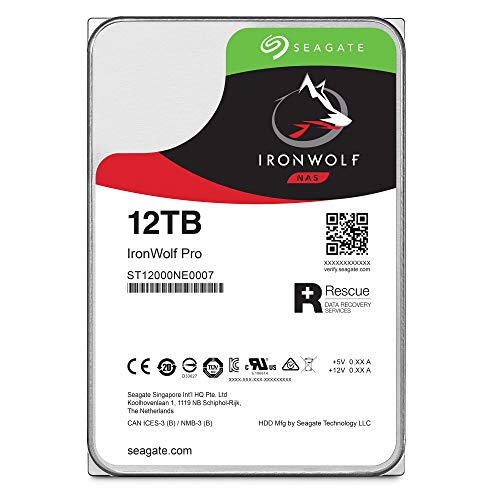 The IronWolf Pro has a much higher rated transfer speed than the IronWolf, as can be seen in the comparison table at the end of this post.

However in real life, which drive is faster will depend on what type of enclosure or rack you are using.

In a smaller enclosure, the IronWolf may pull ahead whereas in larger enclosures or storage racks, the Pro version will have better performance. This can be attributed to the vibration optimizations of the Pro version.

The Pro drives also have a higher workload rating of 300 TB/year vs. the Ironwolf’s 180TB/year. But that doesn’t tell us the full story.

While we may not have specific reliability data for the Ironwolf and RED drives, one cloud storage provider regularly publishes drive failure data for all the drives it uses – Backblaze.

Looking at the latest Backblaze data, in general at lower capacities, Seagate seems to have lower reliability. Although do note the sample size is much larger in Seagate’s case for most drive sizes, generally the higher the sample size, the more accurate the data becomes. The Ironwolf has a noise level rating of 23-32dB, which is good enough if you are using the NAS in your living room or in your study.

The IronWolf Pro doesn’t have rated noise levels, presumably because the audience that the Pro drives target do not really care much about sound levels.

The IronWolf is our choice for home users. If you are using a storage rack or an enclosure with more than 8 bays, go for the IronWolf Pro.