QNAP recently released QVR Pro, a new surveillance app for their beefier NAS models. So if your NAS makes the cut, you now have a choice between the default Surveillance Station app and the new QVR Pro app.

But is it worth switching? Let’s find out in this head-to-head between the time-tested and functional Surveillance Station vs. the polished all grown-up QVR Pro. 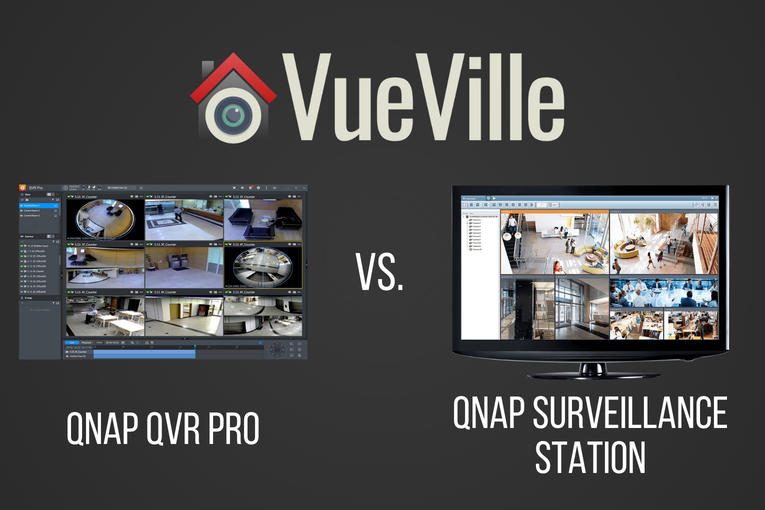 What will probably draw most people into trying QVR Pro is the generous 8 IP camera licences that come with the software. Yes, you get 8 channels irrespective of how many Surveillance Station IP camera licences your NAS originally came with.

The other major reason to try QVR Pro is the improved mobile app, QVR Pro Client. The Surveillance Station mobile app Vmobile is quite functional but nothing to write home about.

There are some other interesting features such as fail-over recording, the ability to record events and continuous recording to different disks, and NAS pooling. If you have more than one NAS device capable of running QVR Pro, NAS pooling may be of interest. You can essentially run up to 8 IP cameras on each NAS and then view all these cameras in one single app, the QVR Pro Client on desktop, or mobile.

QNAP has designed QVR Pro to use the on-board GPU of Intel processors to perform hardware video decoding. QNAP claims that this will result in 10x faster playback and 5x faster video exporting.

All QNAP NAS models with at least 4GB of RAM will be able to run QVR Pro. Both Intel x86 and ARM-based processors are supported.

Is QVR Pro free to use?

Yes but with the limitation of 8 IP camera channels, and a maximum of 14 days video backup.

What is QVR Pro Gold?

If you want to use more than 8 IP camera channels, QVR Gold is the premium paid version of QVR Pro. You also get the following features:

Can my existing Surveillance Station IP camera licences be used in QVR Pro?

No. QVR Pro has its own IP camera licences which are different from the Surveillance Station ones that come bundled with QNAP NAS servers.

What are the downsides of QVR Pro?

QVR Pro is free to use but lets you play back only the last 14 days of recorded video.

How do I install QNAP QVR Pro?

Navigate to the QTS App Center on your QNAP NAS and you will find QVR Pro among the list of apps available for download.

Which QNAP NAS models are best for QVR Pro?

Any QNAP NAS model with more than 4GB RAM from our recommended NAS models will run QVR Pro like a champ.