When I was choosing the hard drives for my DIY NAS NVR system, I did a ton of research. I wanted to record all my IP cameras 24/7, so reliability and performance were very important to me. In this article, I will share all my findings so that you have all the information you need to make the right choice. 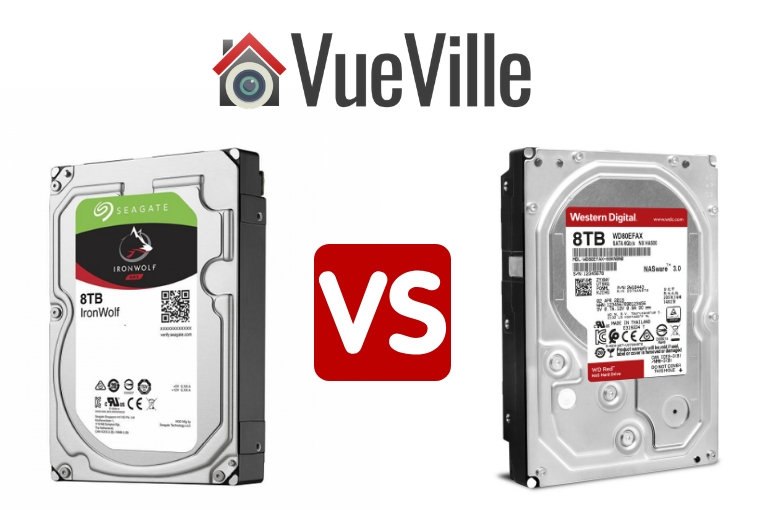 Independent testing by other publications such as Hardware.info have also shown that the Ironwolf drives are much faster than the WD RED drives.

While we may not have specific reliability data for the Ironwolf and RED drives, one cloud storage provider regularly publishes drive failure data for all the drives it uses – Backblaze.

Looking at the latest Backblaze data, in general the WD drives appear to have less reliability than Seagate. But at lower capacities, Seagate seems to be much worse. So a real mixed bag. Although do note the sample size is much larger in Seagate’s case for most drive sizes, generally the higher the sample size, the more accurate the data becomes. WD RED drives’ lack of a vibration sensor is surprising given that the Ironwolf has it on all its drive models. Also worth noting is that the WD RED’s Nonrecoverable Read Errors Rate of 1 in 10^14 is worse than that of the Ironwolf’s 1 in 10^15.

So let’s call it a tie when it comes to reliability.

The Ironwolf runs at higher RPMs compared to the WD RED, so its no surprise that the Ironwolf is also louder on average than the WD RED drives.

I have been using WD RED drives in my QNAP TS-253A and can confirm that these drives are super quiet. I have my NAS in my living room, inside the TV unit and can barely hear the drives when they are active.

So which one did I choose?

I wanted to run a RAID 1 setup so that all my data would be backed up on 2 disk drives – for this reason I was not after absolute speed and the WD RED drives were available at a better price point.

Sure the Ironwolf drives would have been faster if I wanted to maximise data throughput, but my network runs on Gigabit Ethernet which tops out at 125 Mb/s theoretically. The RED hard drives could easily max that out, so I had nothing to gain by going for the Ironwolf. Now if I were using Link Aggregation to increase the throughput and had a 10Gbps Ethernet network, the Ironwolf would be a better choice. But for now, I am very happy with my WD REDs. 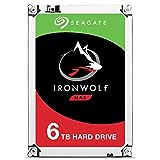