Gun crime, shootings, murders, assault… it may seem that the whole country is sinking in crime these days. But that’s not the case and there are still beautiful and safe places that you can choose to live in. How do we know? Because we did the math.

We wanted to find out for ourselves how safe or dangerous each state in the US is. So we crunched the latest data available to paint a complete picture of crime in America. To ensure a comprehensive ranking that covers all aspects of serious crime as defined by the FBI, we looked at statistics for homicide, murder, manslaughter, sexual assault, robbery, aggravated assault, burglary, and motor vehicle crime.

Here’s a visual, easy-to-read and up-to-date crime heat map of America. More pretty infographics and tables can also be found below.

The 5 safest states are:

The 5 most unsafe states are:

Safest States to live in – Ranking

Please note that the overall ranking is based on the total number of crimes per capita (per person). So for example New Hampshire might have worse violent crime than Maine, but overall the crime rate per capita is still lower than that of Maine’s. 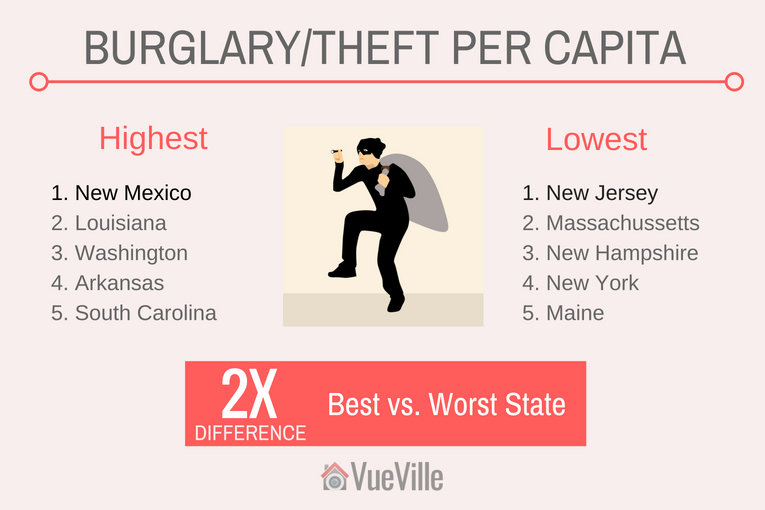 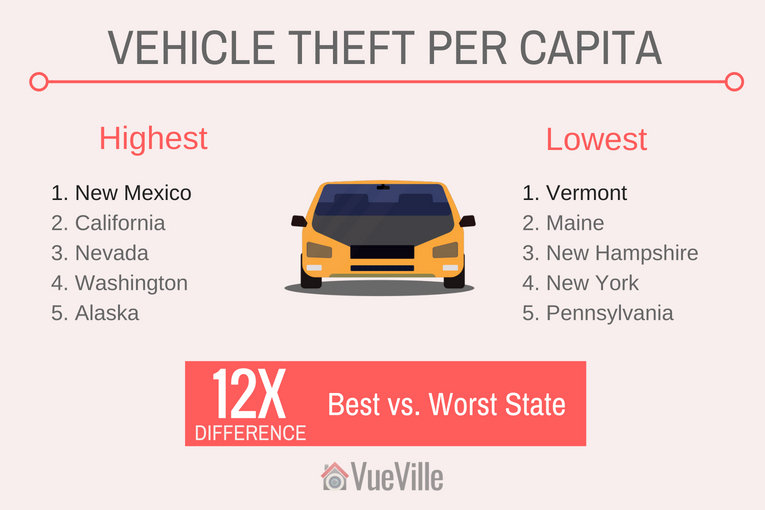 Our source for this analysis is the 2016 serious crimes data published by the FBI Uniform Crime Reporting (UCR) Program.

In the info-graphics above, we combined burglary and larceny-theft together under the single heading of burglary/theft as they are very similar.

Crime rates vary wildly across the country as our analysis shows above. But armed with the facts, you can make an informed choice about how to best protect yourself and your family.

Whether you are living in one of the top or bottom-ranked states, its always good to take proper security measures such as a burglar alarm and security camera system.

Reolink Cameras can do Person Detection without the Internet